When you play New World you find and create many different items. Some of them are better than others just because they have a higher Gear Score. But items with the same score may also differ a lot because of Rarity.

In most MMORPG games higher rarity usually indicates that the item is cooler. But in the New World, this system works differently. It indicates the number of Perks the item has. Perks are special extra features and powers of your item.

There are 5 levels of Rarity in New World MMORPG:

As you see, the system is very simple and straightforward. When you look at the item in the inventory you always know how many perks it has. If it's Purple it has 3 perks, if it's green – only one. Legendary items don't follow this rule. They may have a different number of perks. 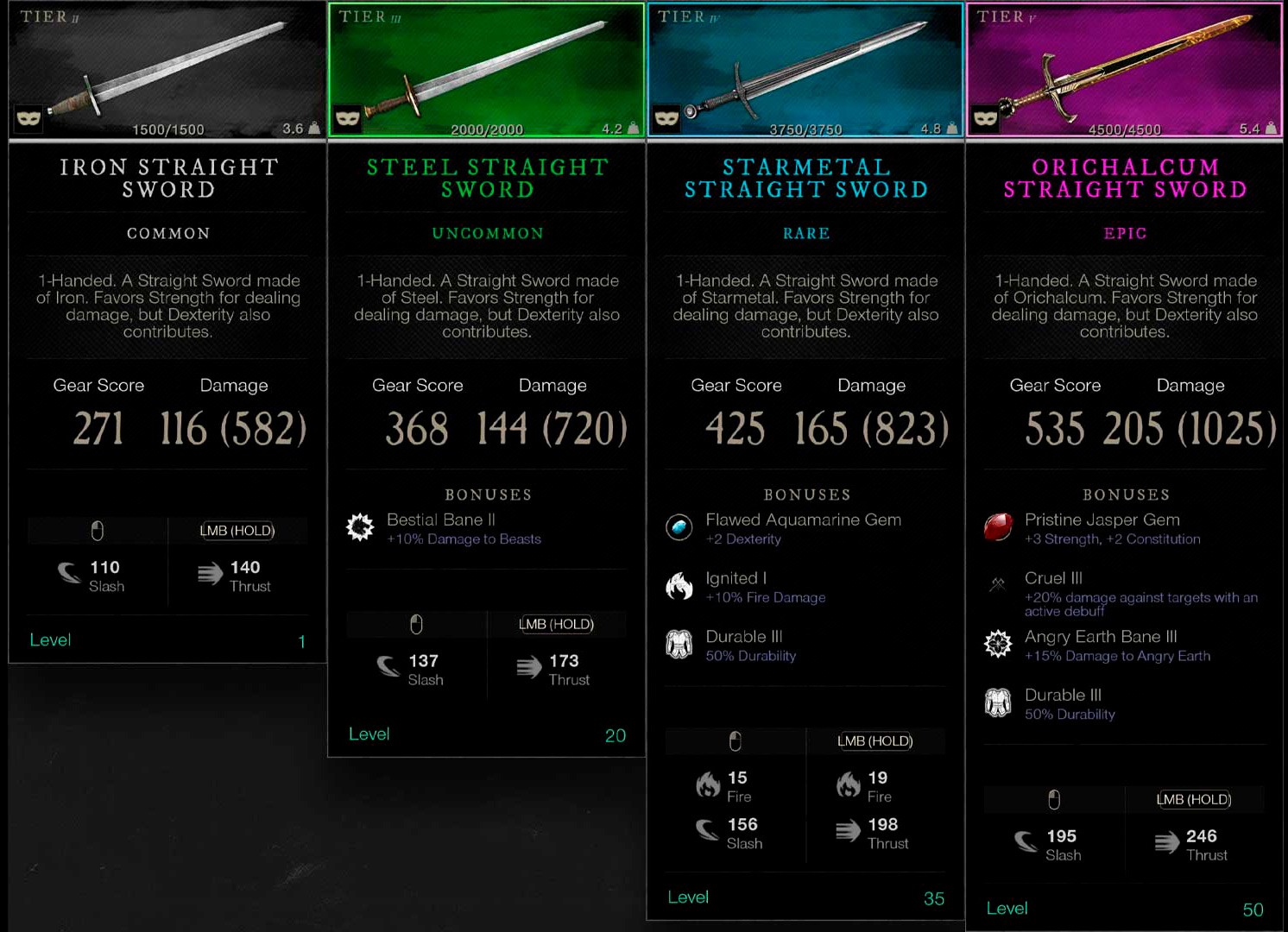 There is one thing you must remember: items with the SAME gear score and SAME rarity may DIFFER a lot because of different perks! They are not equal. You may have 2 Epic swords in your inventory but one of them may have very nice perks for your character, while the other is absolutely useless for your playstyle.

In one of the articles, New World developers mentioned that the perks are assigned to regular items [not to legendary] randomly. This fact means that sometimes there may be situations when you may prefer to have a lower-rarity item just because it has better perks.

Imagine you are playing as a mage and you have found a new Epic staff with 3 perks and with the same Gear Score. Your current Uncommon staff has a lower rarity and only one perk, but this perk suits your character much better. Of course, you will not exchange your current staff just because the new one has a higher rarity [= more perks].

Thus, putting on Epic [Purple] items just because they have better rarity is a bad idea. You must always look not at the color of the item but at the perks!

Legendary and Named items are special. They have locked Gear Scores and curated Perks meaning the perks are not assigned to an item randomly. The developers control this process. That's why Legendary stuff is usually very cool and all the players are dreaming of finding a Yellow piece of gear.