Instances in the New World MMORPG

Arenas of the Ancient Guardians are places for PvE encounters in the New World MMORPG. They work like mini-instances or dungeons in other multiplayer games. Developers have already revealed the information about only one such place:  Spriggan Arena. But after reading the official article we can assume that there will be many similar arenas with different enemies.

First of all, you will need a special item that gives you the entrance to the instance. In the developer’s article, this item was called a “Key” and they say that such a key isn’t easy to find. It can be looted from certain monsters. It looks like the drop chance isn’t high.

After you find the necessary item, you will also receive coordinates of a place where you can use this key to enter. You can enter it alone or with a group of teammates. It’s recommended that you take a group of trusted allies with you because the Bosses there are tough.

Note, that you and your teammates can enter the instance from a certain place only! All the members of your group must come to the place marked with the coordinates. If someone doesn’t come, he will not be teleported.

The good news is that the key gives access to the whole group, meaning that only one person in your group with the key can teleport the whole group to the dungeon.

A key can be used only once. You will lose it after you use it for teleportation. But you can have as many keys as you wish. There are no restrictions. You can pass the instance again and again.

All the fun begins after you are in. As for the Spriggan Arena, you have a limited time for taking down the boss. If your group can’t do it in time, all the players will lose and will be teleported out of the instance.

Developers say that if you want to succeed, you will need to have a tank, a damage dealer and a healer in your group. As you can see, this is a standard group for such a PvE type of content. 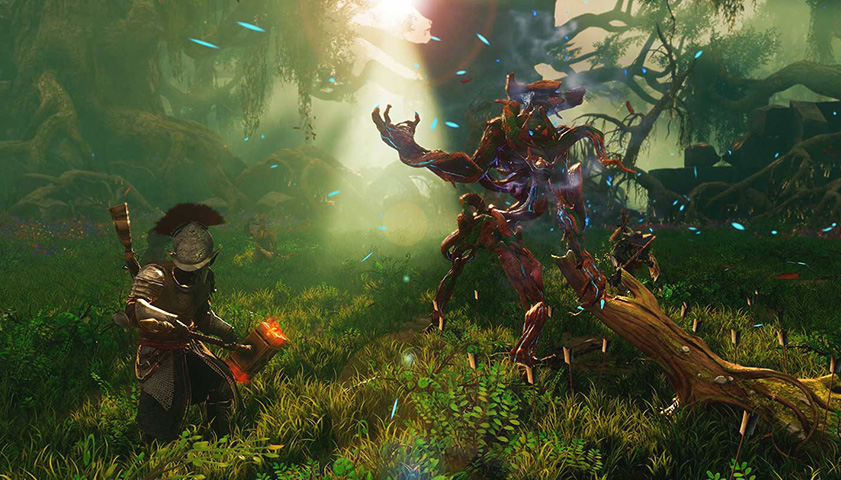 Pay Attention: Arenas of the Ancient Guardians are separated from the general map. After you enter you can’t leave, you will have either to win or lose.  That’s why you must get prepared first. Make sure you have enough potions, food, and check out your gear.

The Boss is difficult to take down, but the rewards do worth it. You may receive some rare items or even Legendary Gear with powerful equipment traits. Some of the strongest weapons and armor in the game can be received from such arenas only.